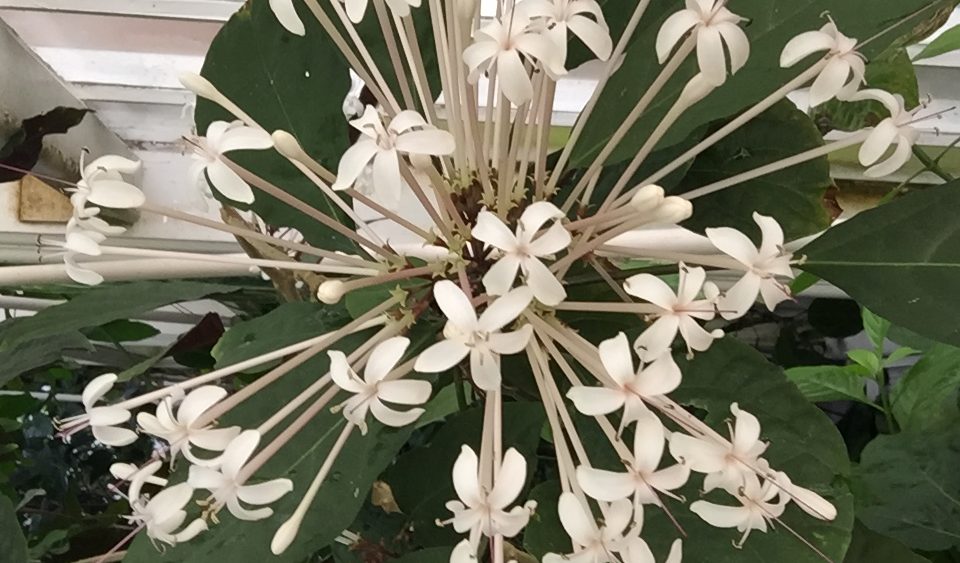 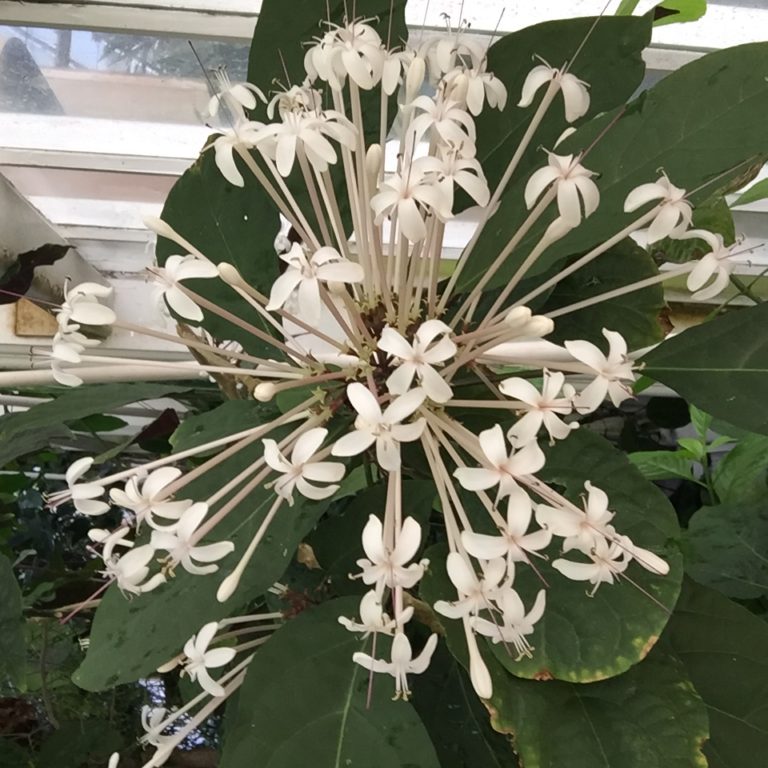 Clerodendrum quadriloculare, commonly known as starburst or shooting star, blooms clusters of long white tubular flowers, among the green leaves with deep purple undersides. It is frequently visited by butterflies and hummingbirds for its sweet nectar. It is naturally occurring as a shrub but can also be grown as a small tree. C. quadriloculare is invasive to places like Hawaii, Puerto Rico, French Polynesia, and Samoa because of its aggressive growth habit which forms dense thickets that outcompete native species for space and resources.