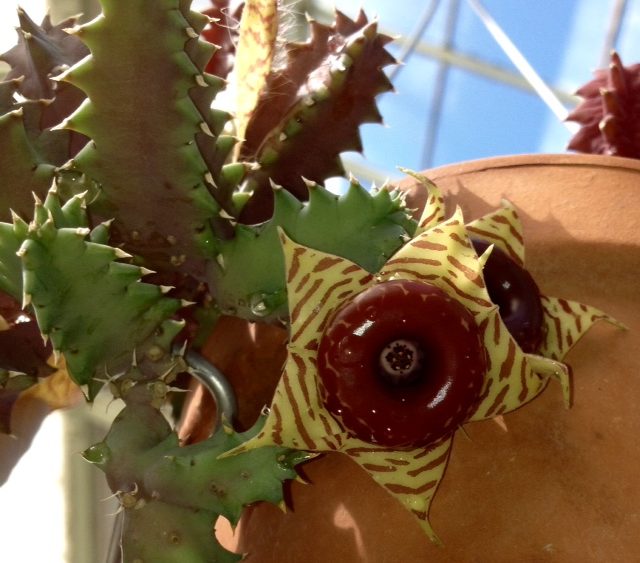 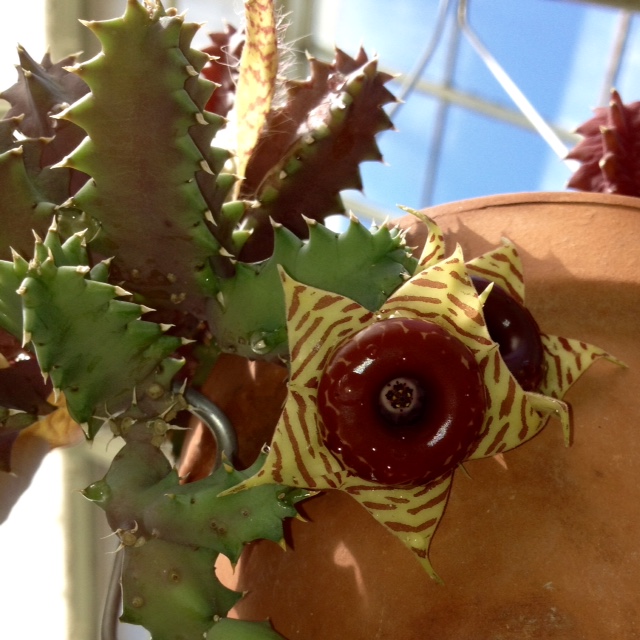 Huernia zebrina is a stem succulent native to Southern Africa. The yellow star-shaped flowers have zebra stripes and a dark red center rim called an annulus that surrounds the mouth of the corolla tube. The look of the red annulus gives the plant its common name, the life saver plant. The flowers emit a strong odor similar to that of carrion or rotting meat to attract fly pollinators. This low-growing succulent has four-sided stems edged with teeth. The Huernia genus is in the Apocynaceae family and was named after Justus van Heurne a Dutch missionary, botanist, and doctor.