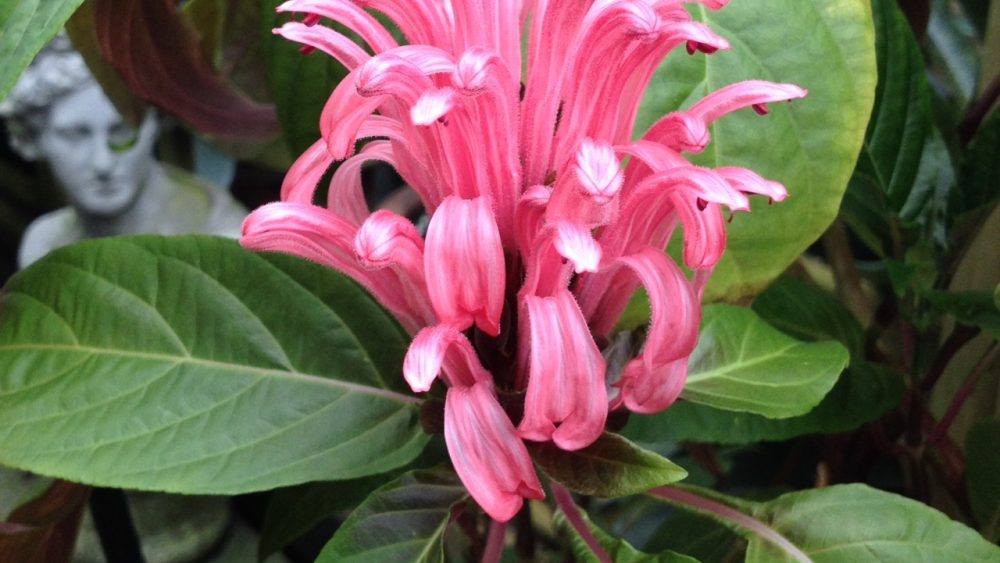 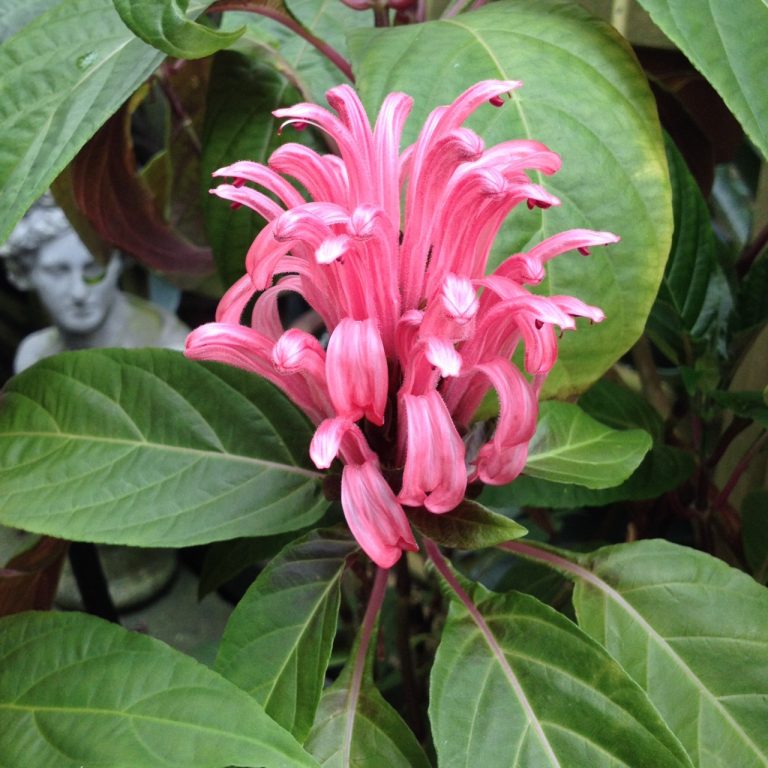 Justicia carnea has been a greenhouse favorite since the early nineteenth century when they were raised in Victorian conservatories. From late spring to fall, they bloom continuously in spectacular clusters of tubular flowers that range in shades of pale to dark pink. These large, rosy plumes make J. carnea quite distinctive and help the plant attract hummingbirds for pollination. The genus Justicia is named after James Justice, an 18th-century Scottish horticulturist. He was incredibly enthusiastic about botanical experimentation, to the detriment of his family and finances.