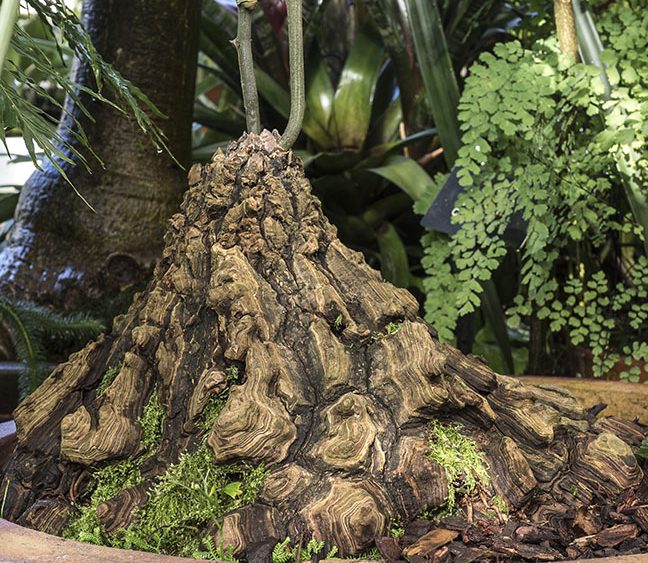 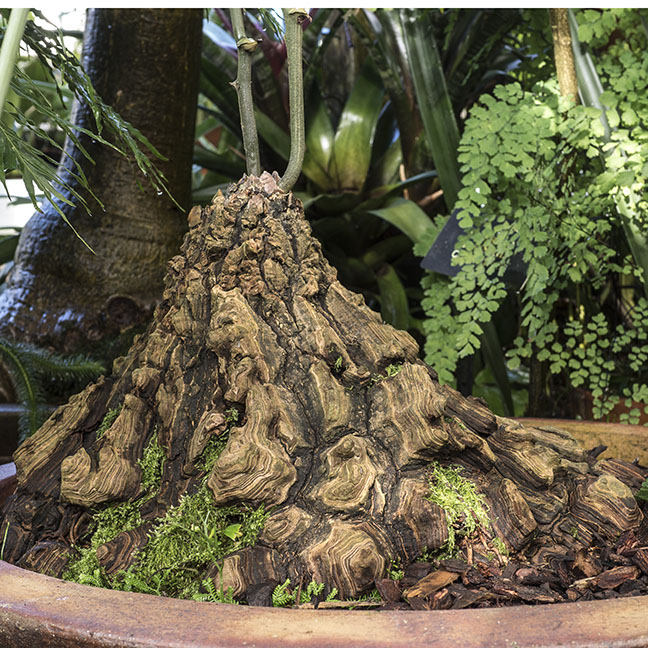 Dioscorea mexicana is a member of the Dioscorea genus which is composed of approximately 600 species, including several species of yams. D. mexicana’s native range spans from Mexico and down to Northern Colombia. Dioscorea mexicana gets its common name, tortoise plant, from the caudex which resembles a tortoise shell with polygonal plates that are separated by deep fissures. The caudex is a modified stem that provides protection against predation and stores water and nutrients which helps the plant adapt to dry conditions. Vigorous vines emerge from the top of the caudex and bear heart-shaped leaves. The tortoise plant is dioecious, meaning individual plants are either male or female.

Dioscorea mexicana plays an important medicinal role. The plant contains diosgenin, a steroid that is a precursor for the synthesis of hormones, including progesterone and cortisone. Traditionally, D. mexicana was used as an oral contraceptive and osteoporosis. In the mid-1950s a chemist, Russell Marker, developed the synthesis process of progesterone from the naturally produced diosgenin in D. mexicana. This discovery led to the affordable production of birth control.